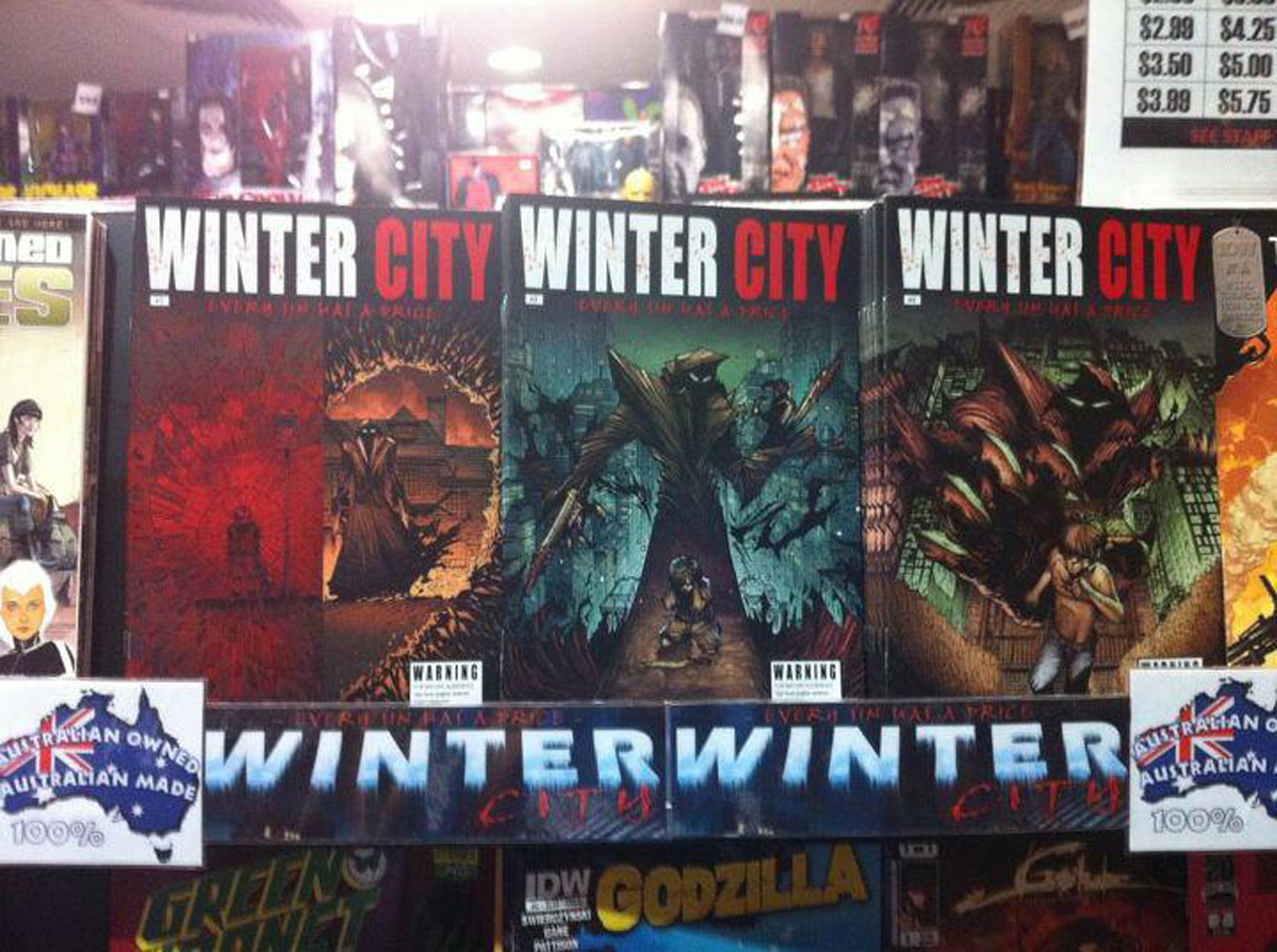 Winter City is far from unique as a self-published comic hoping to do good – but I have to say it’s one of the most polished ones I’ve seen this year.

Co-written by Patrick and Carl Purcell, with pencils/inks by Pablo Verdugo Munoz and colours by David Aravena Riquelme, it’s an Australia-based international collaboration. When I received the first three issues, I kept expectations low but was more than pleasantly surprised by what I both saw and read.

On the face of it, Winter City is a bog-standard gritty urban tale involving some horror elements. My first reaction, something I ask the creator about below, was that this was a Spawn wannabe. On a full reading I realised that wasn’t really a problem, in that some of the better elements of that series (great art, underworld themes) are evident here, with enough of a unique approach to keep it fresh. The young boy who appears to be at the centre of the story, is particularly well written and the art here is at its best as well. There are certainly some clunky stereotypes that pop their head up at times, but no worse than a lot of mainstream books I’ve read this year.

After two read-throughs of the three issues released to date, I want to see more. If you like an engaging story with multiple threads, family angst, hardened cops and the odd violent death, then Winter Citydelivers that nicely.

Winter City in the news again!